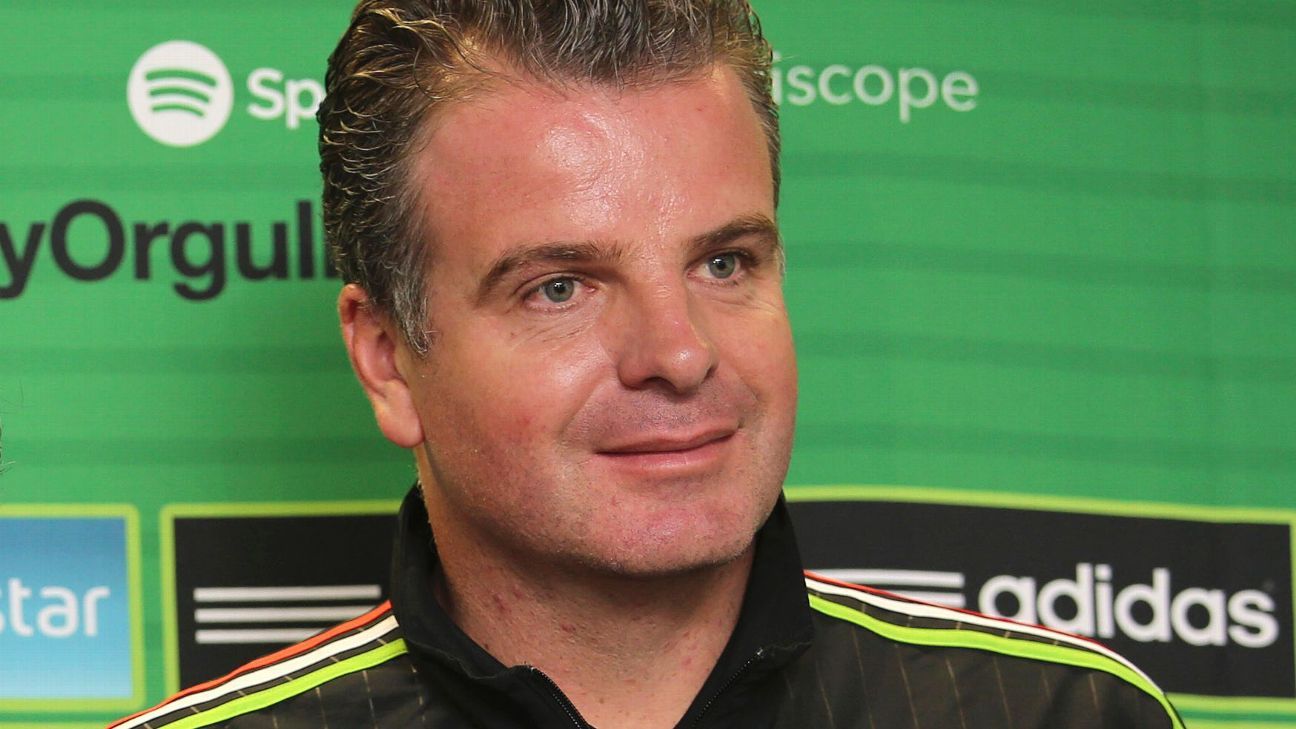 With reports last week raising the possibility of Bruce Arena or Todd Dunivant rejoining the LA Galaxy in a front office role, it seemed safe to conclude that, before the club hired them or anyone else, they would need to let someone go, and the most likely person to be asked to clear out their desk was always VP of Soccer Operations Peter Vagenas.

Second only to Chris Klein, there was perhaps no one more directly responsible for the team’s last two seasons than him anyway, and now that the club’s plans to install a brand new GM were revealed, Vagenas was also a lame duck.

So when Tuesday came and the team did announce that the 40-year-old, who was drafted by the club in 2000, would be relieved of his duties "effective immediately", one might understand why not many fans or journalists were very surprised or upset to see him go. And now, even those who might be may not stay that way for long, as more names become attached to the Galaxy’s newly-created President of Soccer role almost every day.

Although te Kloese has worked in Mexico for the last 10 years, he’s still a familiar name in MLS, having served as the Director of Soccer at LAFC’s original incarnation, Chivas USA, from 2005-2008. His tenure largely coincides with the only time the team was competitive, making the playoffs in 2006 as a #3 seed, in 2007 as a #1 seed and in 2008 as a #2 seed.

Prior to being promoted to his current role, te Kloese served as director of Mexico’s youth national teams during a period in which the country won the men’s gold medal at the 2012 Olympics and twice reached the semifinals of the U-17 World Cup.

So by now, the question most fans will want answered is, do the Galaxy actually have a shot at him? He was, after all, just elevated to his current position last August, and even before that, he allegedly rejected an offer from San Jose to become their GM. It would then surely take an immense sum of money and more than a few iron-clad assurances to even turn his head.

But as deep-pocketed (and desperate) as AEG is, neither of these demands ought to present serious obstacles. If anything, more important than whether or not the Galaxy do end up hiring te Kloese or any other specific person is whether the person they hire can successfully change the culture of the club and build an infrastructure that lasts.

Once again, this takes time. It may be weeks, months or even years before we’re able to reach a verdict. What looks to be settled much earlier -- and could possibly even be answered right now -- is whether the Galaxy have set the bar high enough in terms of candidates. Arena, Dunivant, te Kloese... all are highly-regarded executives with varying levels of experience, and all have won championships. In other words, all fit the broader profile of candidate fans should want to see hired: proven commodities with an attention to detail, knowledge of the LA region and a strong commitment to excellence.

At the same time, whether or not any of them are hired, they may reveal where the front office believes the future of the first team lies. Because, in addition to their championship pedigrees, all three of Arena, Dunivant and te Kloese haven’t just demonstrated any random philosophy on building a team before but one that is especially predicated on youth development. For Arena, this emphasis was imposed on him (at UVA and the USMNT); for Dunivant, it’s elective; for te Kloese, it’s both.

And with more and more MLS clubs like Atlanta, New York and LAFC showing how possible -- not to mention profitable -- it is to build around young DPs and homegrown stars, why wouldn’t the Galaxy want a piece of the action too?

At its deepest level, though, the team’s motivation to integrate its academy, reserve team and senior squad might just border on existential imperative.

With Ulysses Llanez and Alex Mendez becoming the latest high-profile defections from the youth program and Efrain Alvarez drawing attention from clubs in Mexico, England and Germany while waiting on a first team call-up, it’s hardly a stretch to imagine that not one of the three from the generation that many have said is "the best to ever exist in MLS" ever makes it onto the pitch as an MLS player.

And should the team find it hard to retain top talent now, just wait. LAFC’s program is only entering its fourth year, while Mexico and Europe's presence in the region continues to grow. What if, to compound matters further, the league abolishes homegrown territory rules, as The Athletic’s Paul Tenorio has suggested they could? What if Brian Kleiban and/or Mike Munoz at some point become dissatisfied with how much talent the club is hemorrhaging and themselves decide to leave?

It therefore stands to reason that, unless the Galaxy are absolutely sure they don’t intend to utilize their youth pipeline ever again, they need someone who recognizes the value in playing the kids in a senior position of management. Arena, Dunivant and now te Kloese do.

As, by the way, does Ali Curtis.

On a scale of 1 to 5, where do you believe youth development ranks as a priority for any incoming GM?