We are only four weeks into the season and the alarm bells are ringing, albeit quietly, in Carson. After a major regime change and an influx of new players, growing pains are expected but only one win (over the bottom club in the league) from four games is not a good look for the 5 time MLS Cup winners. Not all has been bad though and Coach Curt has rewarded strong performances, namely Nathan Smith who has put in two good performances at RB and performed well at LB in the second game of the season in an emergency situation. It's still early, but I'm excited about him and Alessandrini working together on the right side. Kudos to Coach Curt for seeing that Nathan Smith was a more capable RB than Rafa Garcia and adjusting after only a couple games. Not all has been well though, obviously, and we should look at the negatives and discuss potential changes that need to be made (quickly please) but before we get to that let's have a look at a changed up formation that might spark better results from the boys in blue and gold. 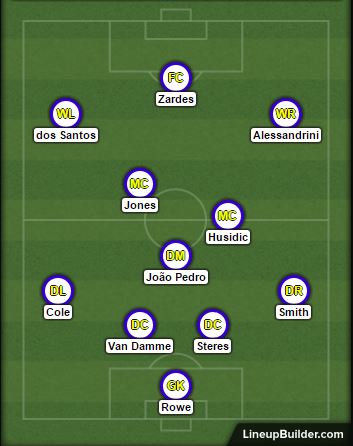 The center midfield pairing of João Pedro and Jermaine Jones has not been a bright spot for the Galaxy so far, but then again they have only been played four competitive games together so maybe all they need is more time. Unfortunately sitting at second to last in the West, time is not something the Galaxy need so let's shake it up in the center of the pitch. Bringing on Baggio Husidic will allow Jermaine Jones to get forward more often without having to worry about his partner's ability to shield the back line and break up counter attacks. Let's face it, Pedro should have the best legs out of this tripod, but he seems to be more of a #6 so let's play him there...for now. Unfortunately the Galaxy are in need of a center midfielder (another one???) to fill this extra spot but for now, Husidic will have to be the solution. Is it perfect? No, but it just might work.

I know Ema Boateng has arguably been the second best player over the past couple games but more importantly, Gio has arguably been one of the worst players in blue and gold this season. Yes, he was injured for the Portland game and didn't play in the RSL game, but he struggled to fit in the #10 role when being paired with Robbie Keane last season also. Remember, Gio is a DP and if he's being paid DP wages he needs to produce DP quality on the pitch. In order to do this, Coach Curt needs to shake him up, hopefully only figuratively, by playing him in a different position. Gio has played as a winger in the past so why not give him a shot out there to discover his form again all while removing some of the pressure off his shoulders.

For all you #BoatShow fans out there, how does this look? 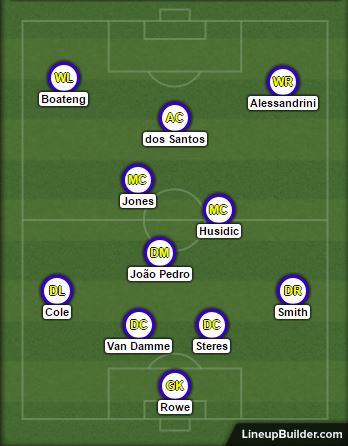 Yep, that's right it's the False Number 9! I put two seconds of thought into this and those were, get Boateng on the pitch and rest Zardes so don't @ me. But if you like this maybe @ me with thoughts and pass it along to Coach Curt before tonight's game?