The current perception of Michael Bradley's World Cup is a poor one. Some of that is scapegoating, but how much is grounded in reality?

The facts are these: The current perception of Michael Bradley's World Cup is a poor one. Some of that is scapegoating, Bradley didn't play as poorly against Portugal as his fatal giveaway makes it seem. He's run more miles than any other player at the World Cup playing all 270 available minutes for the United States, but is only ranked 129 on the World Cup Castrol Index.

The question then is how a player can work so hard and have so little to show for it. Going to his statistics page on the Castol Index, it's a one sided affair. He's got a great pass completion rate for the minutes played, but lacks in every other category tracked. 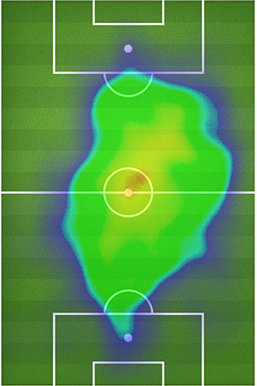 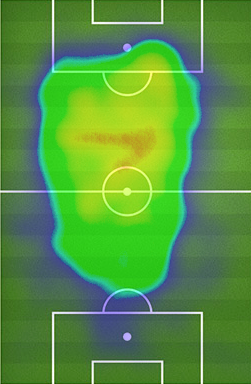 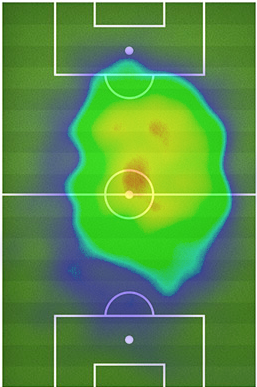 Against Germany Bradley was 5/11 on passes in the attacking third and three of those five completions were lateral or backwards. On of those passes led to a shot attempt. Those missed passes are mostly long balls from the midfield area and only one that was attempted from anywhere near the penalty area.

Here are those heat maps combined with actual formation for all three games. Against Ghana and Portugal he's the midfielder directly behind the attackers, though against Germany the midfield really got bunched up. Still, you'd expect Beckerman to be the hopeful long ball player in that formation, Bradley needs to be holding and finding creative space.

Against Portugal is much of the same story, Bradley isn't attempting passes in the final third; his one key pass comes from around the touchline. His main contribution in that match is defensive, he had eight recoveries to keep the US in possession including four in Portugal's attacking third.

The story the statistics are starting to suggest is a player being asked to play an attacking midfielder role, but instead overextending himself to stay in his comfort zone as a holding, defensive midfielder. With Clint Dempsey locked in as a forward, Jozy Altidore's health questionable, and a lack of a true attacking midfielder on the bench there doesn't seem to be relief in that role. Which is puzzling, since Jurgen Klinsmann has committed to formations that feature a central attacking midfielder.

What Jurgen Klinsmann ultimately has with Kyle Beckerman and Bradley in the central midfield is two holding types with wide players at both levels expected to provide service. It's been effective in keeping the US from being gutted centrally, and fits in with the slow buildup philosophy.

USA's style of play got them through to the next round, and considering what pushed them through is not giving up four goals to Germany on tired legs it's hard to argue against it. Now that they've done what none expected them to do, is it time to play with more risk? Or is this the US team we're going to seed through the end, extremely hard working with attacking possession kept to a relative minimum.