Sean Franklin of the LA Galaxy was a great distributor on Sunday, and scored a goal from the run of play to boot. His work showed up well in the Castrol Index, where he finished ahead of hat trick scoring Robbie Keane.

Robbie Keane may have notched a hat trick before halftime, and Marcelo Sarvas may have completed fifty passes, but it was Sean Franklin who was the LA Galaxy's top performer on the weekly Castrol Index. Franklin came in at five on the weekly top 20, with Keane at no. 8. 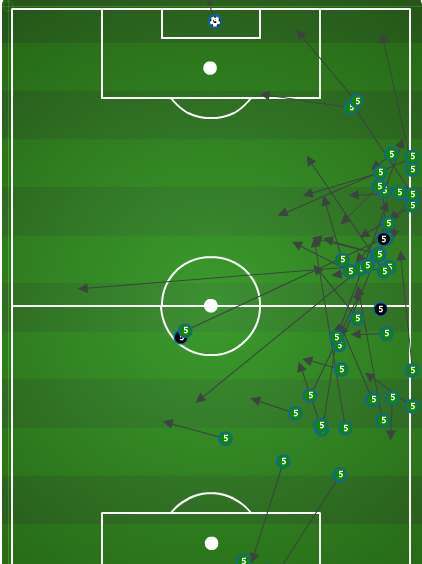 There's a chart of Sean Franklin's positive events on Sunday. There are forty-two completed passes there, and what's more remarkable is that the was only off target on five passes. That's an 89% completion rate, and as you can see from the chart much of it is on overlapping runs in the attacking half.

He really didn't have that many defensive events, five recoveries and a handful of interceptions and clearances was less than Marcelo Sarvas did defensively. That his two clearances came inside the opponents penalty area certainly helped. Factor in his completion rate, the goal from the run of play, and a successful pass into the box that led to a shot attempt. Looking at all those positive events in the attacking half, consider that Franklin only lost possession near the box three times. 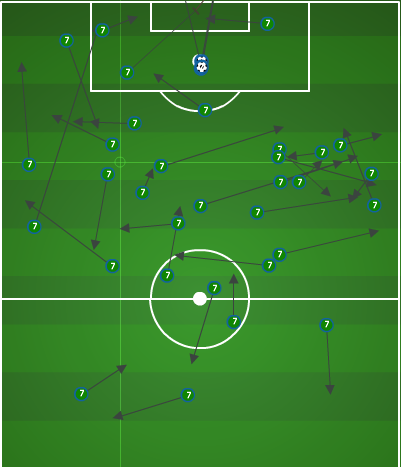 Which isn't to say Keane was chopped liver. Five successful passes into the box (including the assist on Franklin's goal), a goal from the run of play, and two penalty kicks is nothing to sneeze at. He also avoided having a shot off target, which is the same as a turnover in the eyes of the Index. He did cough up the ball fifteen times in the attacking half, with a 75% pass completion rate and less time on the pitch, that could explain why he finished below Franklin.

Ultimately, LA had several positive contributors on Sunday, which shows up in the 4-0 scoreline.