The LA Galaxy have posted a new teaser image for the second kit on Facebook, ahead of the official unveiling on Wednesday. There's also a possible leak of the shirt.

The LA Galaxy are officially unveiling their second/change/away kit/shirt/jersey (chose your own adventure on that one) at a kickoff ceremony on Wednesday. Ahead of that unveiling, and as part of MLS' Jersey Week, the LA Galaxy have added a second preview image on Facebook.

The first preview image (link) was included as part of the mlsgear shop purchase link, and showed three stars above the Galaxy crest surrounded by collegiate navy (that's what the Galaxy call their dark blue) fabric. There's a bit of c a bit of gold at the top of the picture, either an adidas stripe with a sleeve folded over or part of a collar.

Now there's this image on Facebook which confirms my suspicion that the second kit would feature a ghost sash: 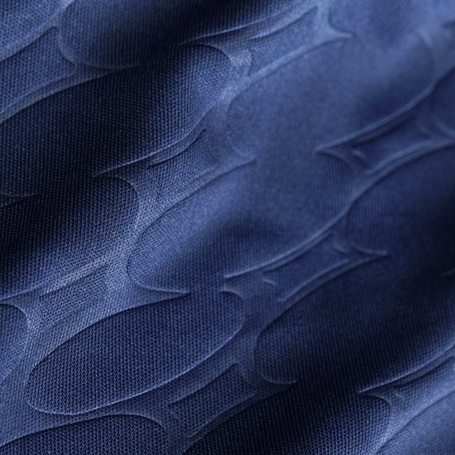 A Portlander has posted on twitter what he's calling the LA Galaxy second kit. It has the quasars as teased, but I think this is the new training kit and not to be worn on the field. It could just be the camera, but the color looks different than what we've seen teased. Here's his photo: 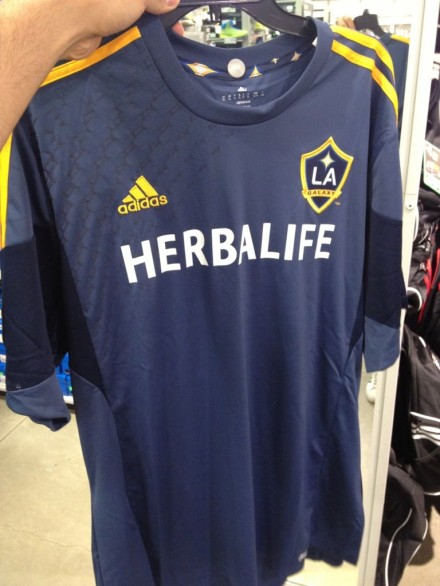 What do you think of what we've seen so far?