A few players have managed to move up the reserve chart and will be useful substitutes, but the LA Galaxy starting lineup will look quite familiar on Sunday.

The preseason is over which means the position battles are done. No one was able to move from a substitute/reserve position into a starting role, but with Landon Donovan on sabbatical that hole has opened up for Michael Stephens to step in. Other reserves from last year are likely to have a big impact on the year coming up as the Galaxy try for three MLS Cups in a row.

No change here. Carlo Cudicini is the Galaxy's starting keeper this year. 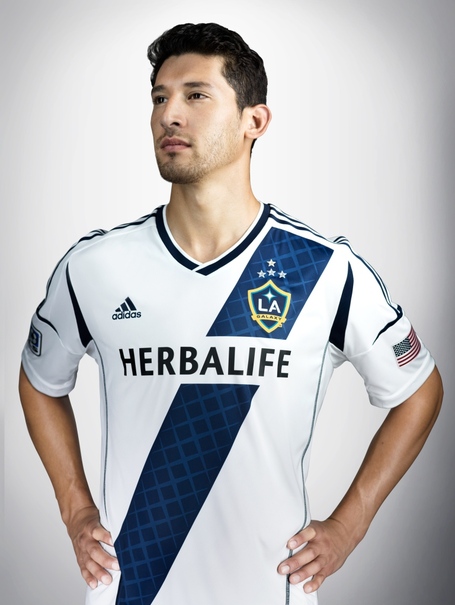 Bruce Arena announced at the second kit unveiling that the Brazilian trialists were no longer with the club, which takes the Galaxy down to four deep at center back. Kofi Opare can slot in there if necessary, and with Tommy Meyer on the mend that might be the case. The Galaxy went with a more conservative back line against Colorado in Santa Barbara, with Leonardo slotting in for Omar Gonzalez who was at an Herbalife event. It's quite possible Arena saves the experimentation for a later date, and comes out Sunday with the back line that got the Galaxy two straight cups.

No shift here, as the Galaxy backline in Santa Barbara went the full 90 getting match fit for Sunday's opener. Brian Gaul is still Dunivant heir apparent. Opare came in for Omar Gonzalez against Club Tijuana, the rookie has been getting looks at multiple back line positions this preseason.

Garcia and Jimenez had been neck and neck, and they're still both viable options off the bench this season. Both of them were used as subs in the match against Colorado, two of only four subs used. Jimenez came in for Mike Magee after Jack McBean had come in for Michael Stephens. Garcia came in for junk minutes, relieving Marcelo Sarvas with four minutes left. I don't see either of them tied to any part of the midfield, they'll be asked to play a variety of roles this year. Andy Reimer, the Galaxy's lone supplemental draft selection is no longer on the roster.

Colin Clark and Michael Stephens are likely starters on Sunday with Bruce Arena sticking to what's worked and not looking to experiment too much. Greg Cochrane was one of the subs against Colorado, a good sign for him. Landon Donovan may be in Cambodia but his ghost is always present like Hamlet's father. Which leaves Paul Arriola. At the second shirt event Arena said no decision had been reached which sounds like there might be some negotiating going on.

Jack McBean has won the race for first alternate, but Jose Villarreal has been on fire down with the US U-20 squad. So much so that although Charlie Rugg has shown a lot of potential this preseason, he's gonna have to take a step back with Villarreal returns to the Galaxy. That won't be until after the US are finished with the tournament, as Villarreal has chosen not to return to the Galaxy until the job is done. Zardes has had his reparatory surgery, and was at the event last night. He should return to practice in a few weeks.