The LA Galaxy unveiled their second kit yesterday. The solid blue offering should see the pitch a few times this season.

Last night the LA Galaxy debuted their new second kit last night inside the Grammy Museum at LA Live. A brief video from adidas showed off the various features of the new collegiate blue shirt, and then the team was introduced so fans and media could see it in person. 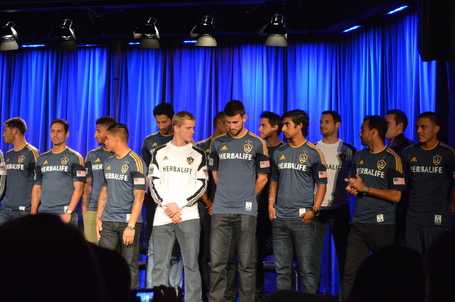 There were several teasers and leaks throughout the week, but none of the leaks got the shirt exactly right. The quasar pattern doesn't go in a full sash, there's some on the right shoulder and then another cluster down by the left hip. The Galaxy are going with four stars on the kit, with a gold star above three silver stars. The gold star represents the most recent championship. 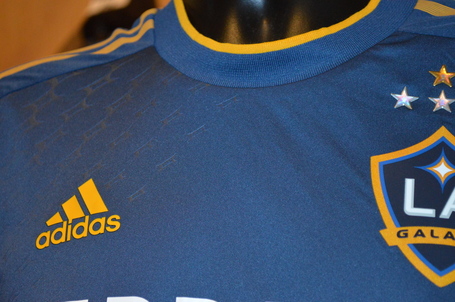 Also down on the left hip where you often find a makers tag is instead a tag with the Galaxy's rallying cry "This is LA". While I like the quasar pattern, I'm less thrilled with the This is LA tag. For a solid blue kit, it's surprisingly busy up close, and the solid black lettering on a plain white background feels tacked on. 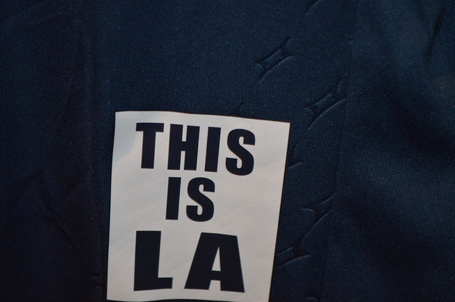 On the back is another tribute, this time with better execution. Long time fans will remember the Galaxy word mark (before the Herbalife sponsorship) with the LA in Galaxy highlighted. That has been brought back on the Galaxy second shirt, on the back underneath the neck. 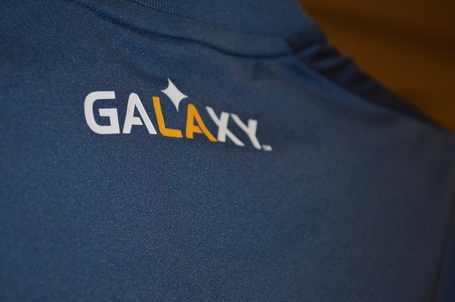 All in all an improvement, and a classic offering. Better to keep it simple and risk being boring than to go big and risk being garish. Not a big fan of the contrast sleeves, but it's not a deal breaker. It's not distinctive enough to be a home kit, but it's a fine change option. Here's the official word from adidas on the shirt they designed: 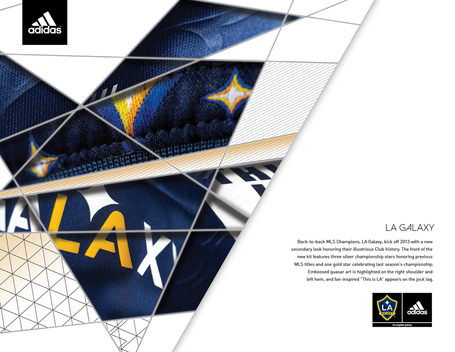