If you look at the history of Galaxy kits, there are three distinct eras. It starts with the black and teal era, transitions into the green and gold era when they move into the Home Depot Center, and then the blue and white era when the Galaxy acquire David Beckham. The green and gold era is directly tied into the sash, the blue and white era with Adidas and the tri-stripe. The teal and black era started out loud, but calmed down. Perhaps the most important database of all, a look at the LA Galaxy's kit from each of their years of existence, working backward in chronological order: 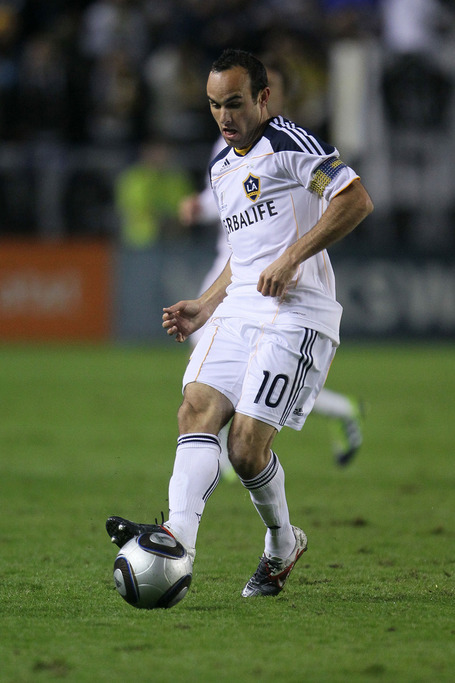 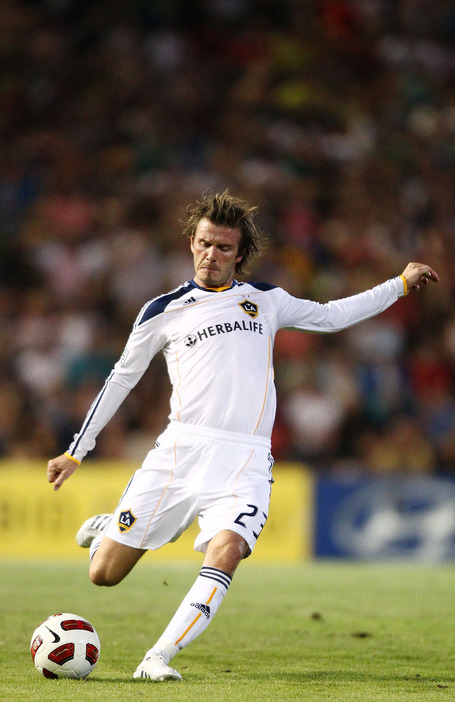 Really the only difference between 11 and 10 is the gold stripe on the sock. Otherwise the kits are identical. 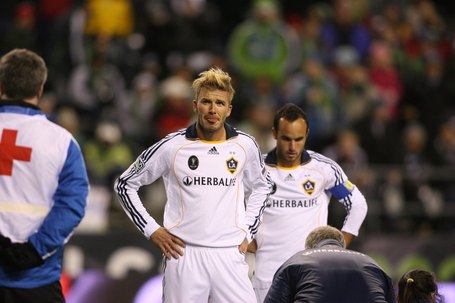 Different cut here, so instead of a blue panel on the shoulders to highlight that it's a separate piece, we've got the blue collar. The Adidas logo is in the center, the patch is from MLS Cup. 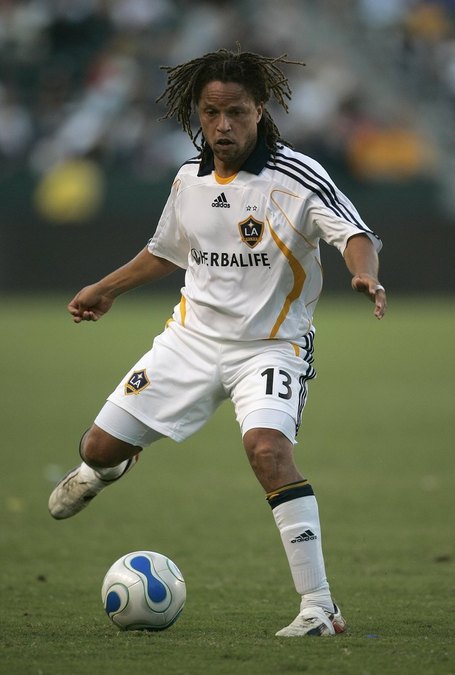 The first year of the Beckham years kits. Much bigger gold accents on the side pannel than in the next two years. 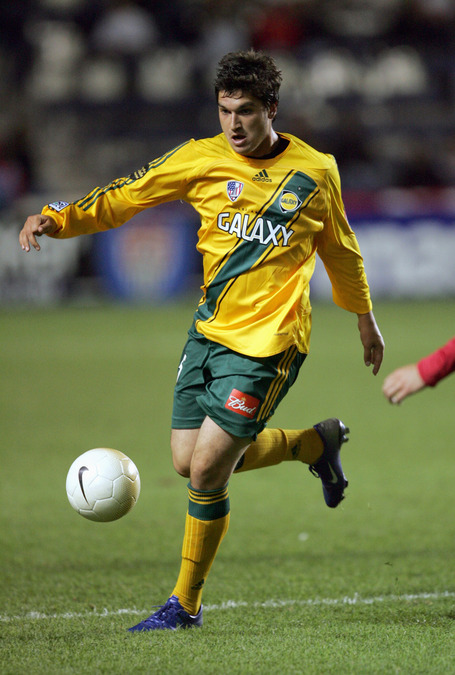 Adidas stayed with Nike's sash design for one year, adding strips on either side of the sash, and the tri-stripe to the shorts and socks. 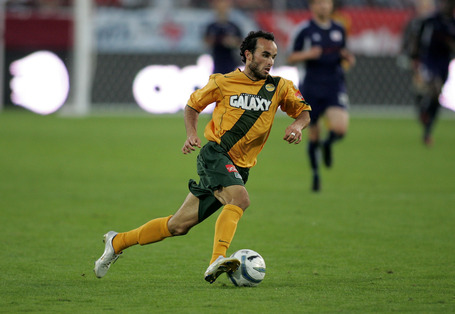 Last year of Nike design. Sash is one solid color, and there are some squiggles on the side and back. 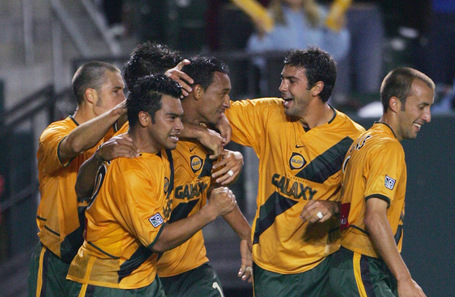 Sash is two toned here, and the Galaxy logo is in the center beneath the Nike swoosh. Sash is broken up above and bellow the Galaxy word mark, which is dark instead of white. 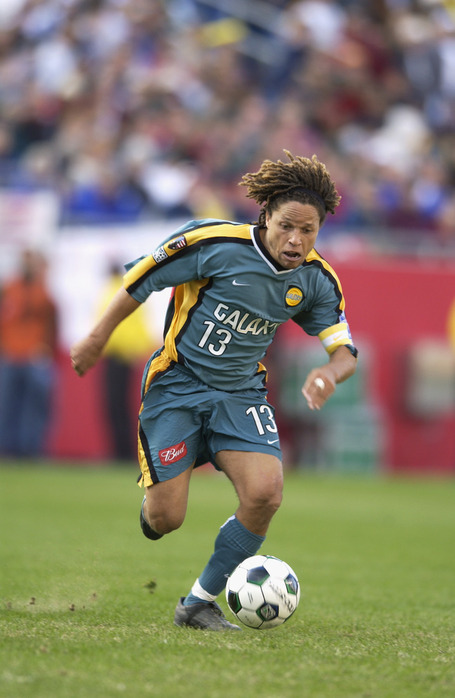 All teal kits, with gold side panel and shoulder yoking with black accents 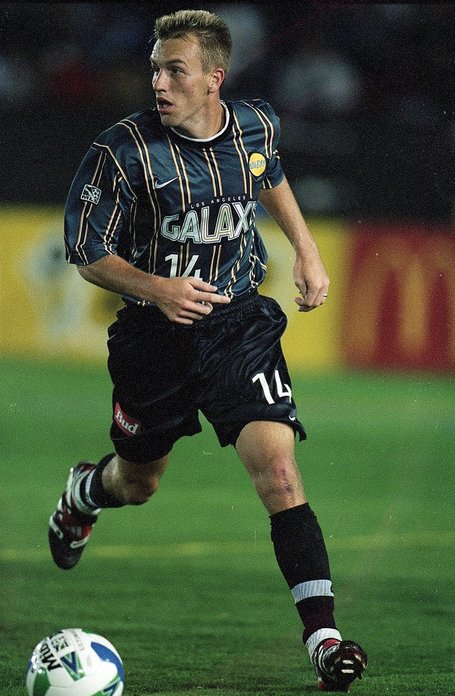 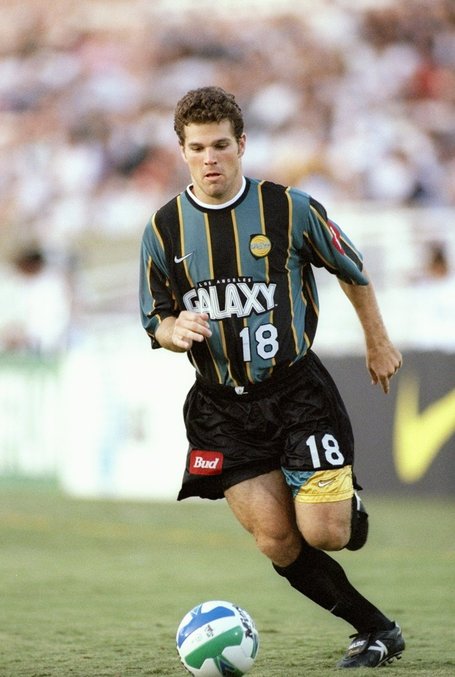 Alternating vertical bars, teal and black with gold piping. Black shorts with gold and teal patch on one leg. 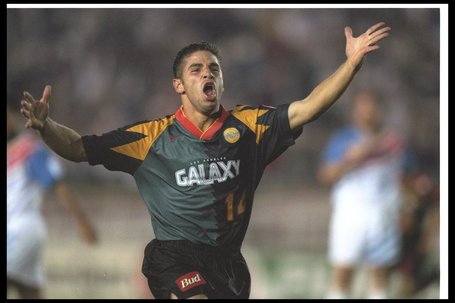 Couldn't bear to shrink the photo because it needs to be seen in all it's glory. Body is half teal half black, gold number with red outline. Shoulders are black and gold triangle thingies. Black shorts. LA in wordmark is emphasized with lines. Red color with gold piping. Galaxy crest seems to have a swirly pattern inside.