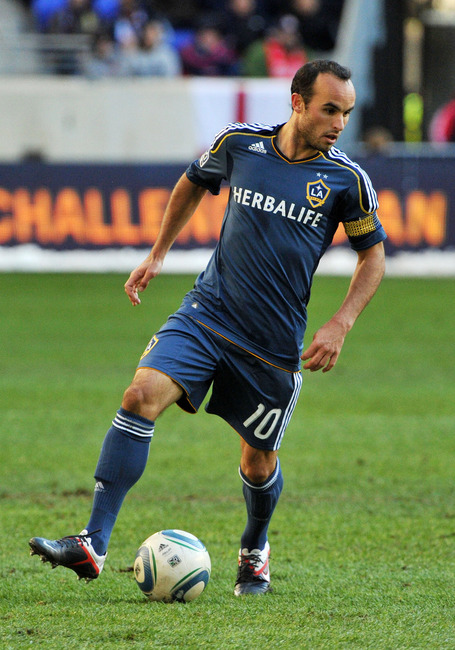 New kit introduced for the 2011 season. The main blue of the kit is the blue of the Galaxy crest, with the collegiate navy now just on the shoulders 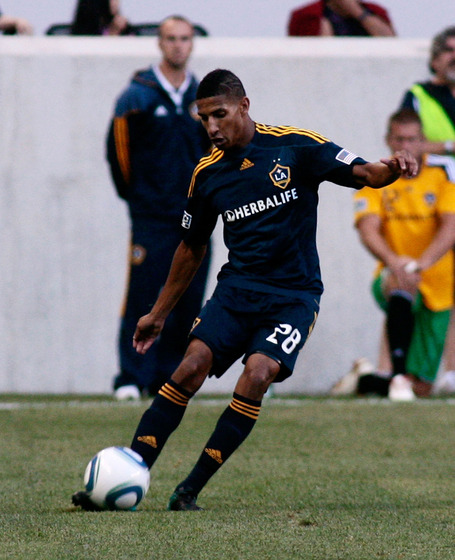 The color of the kit is collegiate navy, this would be the Galaxy's darkest kit until the introduction of the punjab kit in 2011. 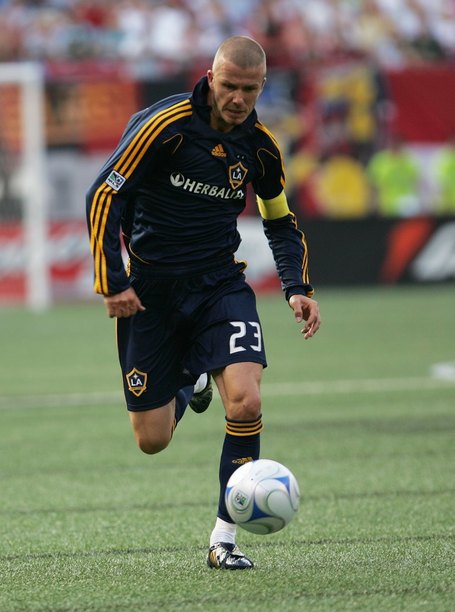 Two differences between the original navy kit and the subsequent one. This one has the collar introduced with David Beckham, and it also has squiggly gold lines on the front. 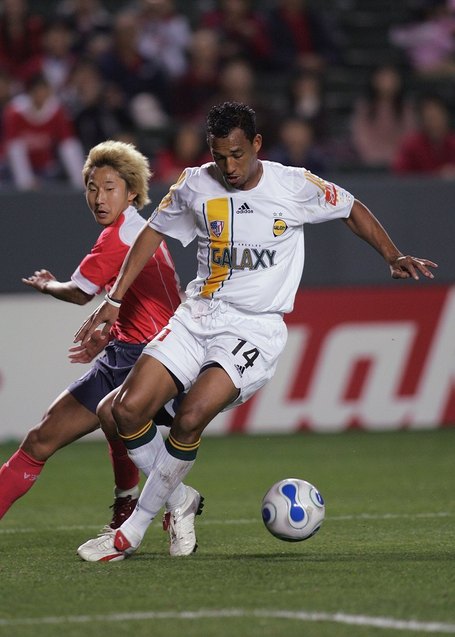 The biggest change with Beckham's arrival was white at home. For most of the Galaxy's history, the white was a change kit. Here we've got a solid gold bar, with forest green accents on either side. 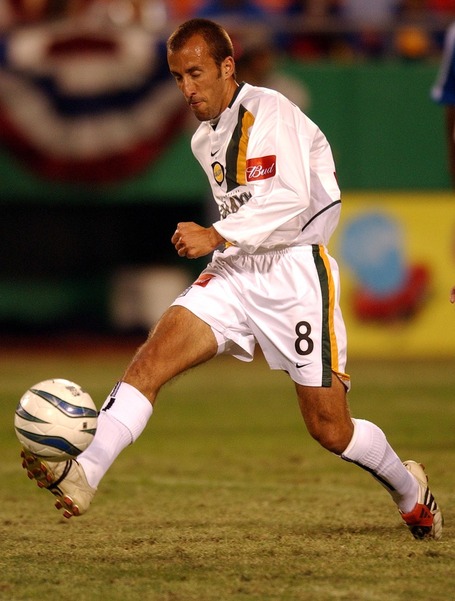 The 05 kit changed to a solid sash, but I couldn't find a useable photo of it. This is a negative image of the home kit. 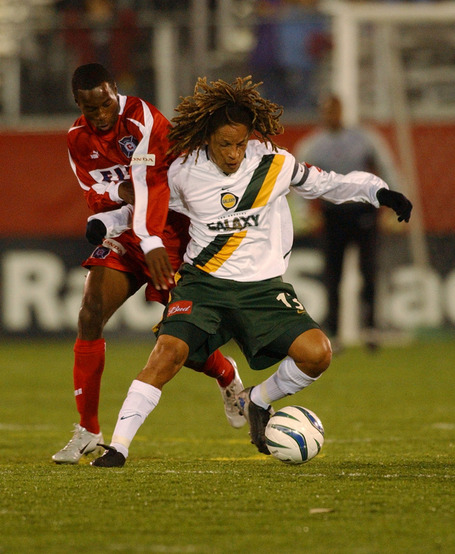 Forest green shorts here in the first year at Home Depot Center. And look who's in the photo: DeMarcus Beasley! 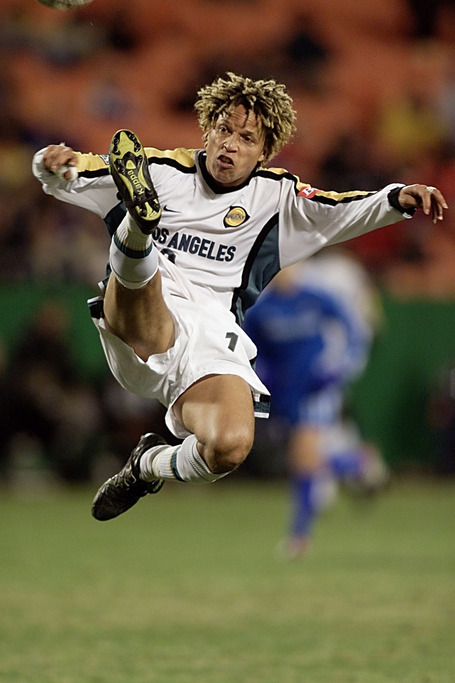 The Galaxy called the Rose Bowl home, which means the return of teal. Kobi Jones is getting his kung-fu on, wearing teal down the side and gold across the shoulders. 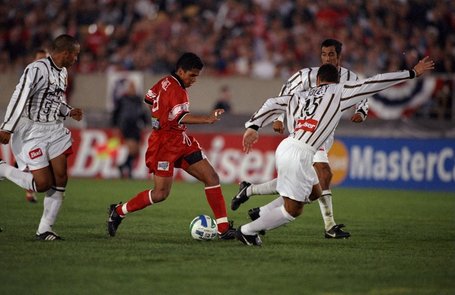 Stripey stripes are stripey. The Galaxy did a great job here trying to contend for worst kit of all time. Everyone knows you have to match pinstripes with pinstripes. 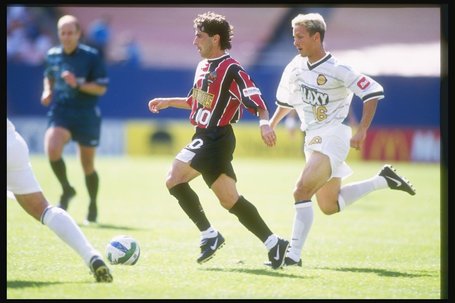 Similar concept, now horizontal. Looks like he's about to go out on the yacht or the tennis club. 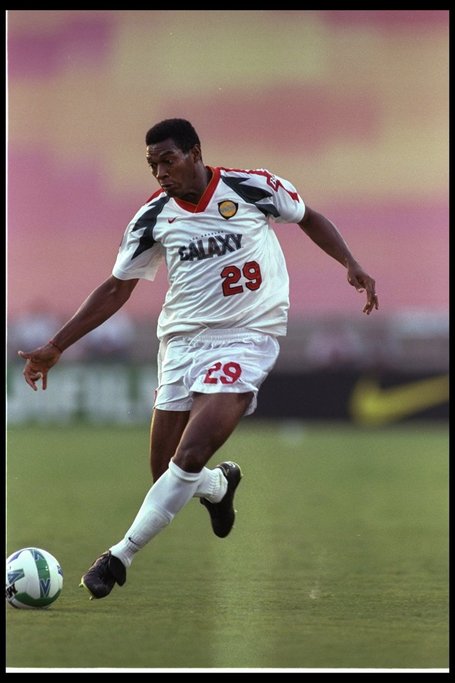 For as loud as the home kit was, this is pretty muted. I'm actually kind of fond of it.