MLS Next: The new MLS logo has arrived

Welcome to MLS Next, as today MLS unveiled its new logo to be used beginning in the 2015 season when Orlando City and New York City FC join the fold. This unveiling comes ahead of EA Sports' FIFA 15 video game, as MLS wanted to have the new logo featured in the game.

Share All sharing options for: MLS Next: The new MLS logo has arrived

Welcome to MLS Next, as today MLS unveiled its new logo to be used beginning in the 2015 season when Orlando City and New York City FC join the fold. This unveiling comes ahead of EA Sports' FIFA 15 video game, as MLS wanted to have the new logo featured in the game. The new MLS logo take the shape of a crest, and is broken down thusly: 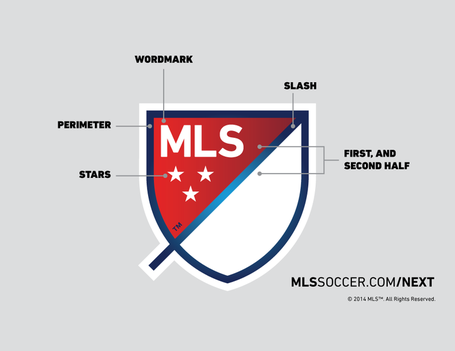 The marketing push here is club, country, and community. It's what the three stars are purported to represent. One of the more exciting elements of the new crest is the plans to adapt its color scheme to individual teams. MLS' official colors are be red, white, and blue now. When the crest appears on an LA Galaxy jersey, it will be blue, white, and gold.

The rest of the elements seem over explained. The slash is supposed to represent speed and energy, but it's just a slash. Same goes for the fact that the slash divides the crest into two halves.

What I like about the logo is the ability to fit the different individual team brands. MLB and the NBA have done this for awhile, changing the league logo colors to fit whatever jersey its placed on. It's clear that MLS was still influenced by the two halves logos of MLB and the NBA, but no longer felt compelled to have a practical representation of the sport like the ball and foot logo had.

The negative side of this logo is the way in which it reminds me of the updated University of California logo attempted in 2012. Like the new MLS crest, it was an extremely simplified and over-explained logo. No one really believed the bump at the top of the logo was supposed to represent the book from the university seal, the same way no one really believes a slash was included to represent speed. The UC even tried to pitch a series of slanted lines as representative.

What the university system needed was something simple that could be used in their web presence. Something that could be recolored to represent each individual university while emphasizing the continuity of the whole. Ultimately the public didn't buy what the UC was selling, and the logo investment ended up money wasted.

MLS isn't going to go that route, this is the new logo and we'll get used to it. I can't help wishing that there was something more substantial that MLS had for official business. That crest looks fine on the sleeve of a shirt, but blown up to be shown on a wall it hurts from a lack of detail.

If we're playing the rebrand came and putting this up against US Soccer going with a lighter shade of blue and calling it a day, MLS wins. However, this very much feels like a digital logo in a digital age. The classic logos stick around for a reason; one doesn't see too many newspaper cartoon logos anymore and those were all the rage in the first half of the 1900s. Eventually times change. 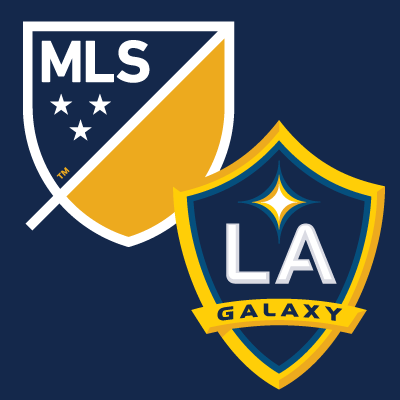