LD or Robbie Keane this week? (I'm going with Keane)

So, how about that US Mexico friendly? Who gets the first red card this weekend? Lineups are due tomorrow, so let's get started.

Here's the schedule for this week. 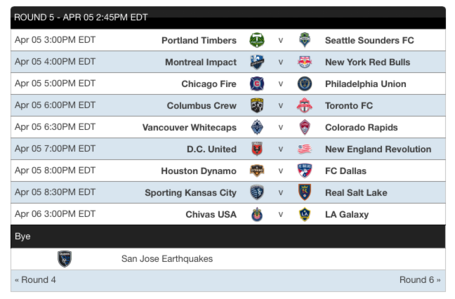 Ok, unless you're trading for the right player (and we'll get to those in a second), every transfer should be made with the upcoming double game weeks in mind. Last week we went over rounds 7 and 8, and round 10 actually features five teams with DWGs!

Here's the trick: There are unlimited transfers in round 11, so managers can overhaul their rosters to accommodate for the World Cup. This means you can basically customize your lineup to score maximum points over the next month, then blow things up right before your production suffers without having to use a wild card! And with eight teams to choose from, you shouldn't have too much trouble cramming your lineup with DGWs.

Now, here are a few players you should think about owning, and maybe a few to avoid. 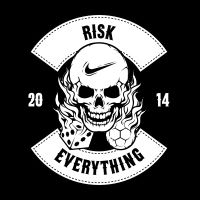 Harrison Shipp ($5.8): Harry Shipp looks like the real deal. A key component of Chicago's new look attack that blends youth and experience, the Rookie of the Year candidate is already taking set pieces for the Fire. His swerving delivery on a corner kick that led to Chicago's first goal last week was a thing of beauty, like looking at Brad Davis in a mirror.

His fantasy league stats are also impressive. Listed as a forward but operating as a midfielder, Shipp is:

-2nd in the league in crosses, only behind Shea Salinas and tied with Graham Zusi

-4th among forwards in value

During an insightful interview with Ben Jata, fellow teammate Quincy Amarikwa gave away a few nuggets of inside information, among them the knowledge that Shipp is going to play 90 minutes and won't earn a lot of cards.

His value has already risen, so pick him up.

Frederico Higuain ($10.8): As I've said in the past, I'm not a fan of recommending the obvious pick. That being said, Higuain is already a must have in your lineup, and Columbus is at home versus a Toronto side missing center back Steven Caldwell, who keeps that defense together and is a huge loss, not to mention Jermain Defoe (out), Jonathan Osorio (out), and a fatigued Michael Bradley running around...

Not captaining Higuain is a risk, and not having him in your lineup could be a disaster.

Robbie Keane ($10.7) He's due. If you're looking to quickly move up the rankings and want to make a daring play, give him the captain's armband.

What's going on with Landon? Jason Saghini believes Landon Donovan is going to produce this weekend, but I'm not so sure.

No one knows exactly what's going on between Landon and Jurgen Klinsmann, and for me, it's not an issue of whether Donovan starts or not, because I believe he will. But he looked sluggish against Mexico, and as we saw during his time on the field, a tentative LD is not someone you want on your fantasy team.

Vincente Sanchez? ($7.8) I'm a fan of the Rapids forward and may very well pick him up for round 10, but his production so far is fool's gold. Colorado have a tough schedule coming up, and the wily veteran can't score on penalty kicks forever.

Strategery pick of the week: Justin Mapp ($8.5) When he's on, Mapp is one of the most dynamic wingers in the league, and three of Montreal's next four are at home. The problem is, he's as consistent as a DeAndre Yedlin hairdo.