US Soccer has released a match specific poster for each World Cup Qualifier. For the match in Sandy, Utah against Honduras, the local artist has based his poster on a popular jaywalking campaign.

Share All sharing options for: US Soccer releases poster for World Cup Qualifier in Sandy, Utah

The United States takes on Honduras in Sandy, Utah on Tuesday and US Soccer has released another match specific poster. Once again they've partnered with a local artist. I admit, I was curious as to what Salt Lake City had to offer in the arts department. Whereas Seattle had a pretty cool grunge poster, Utah's poster references a popular civic campaign. 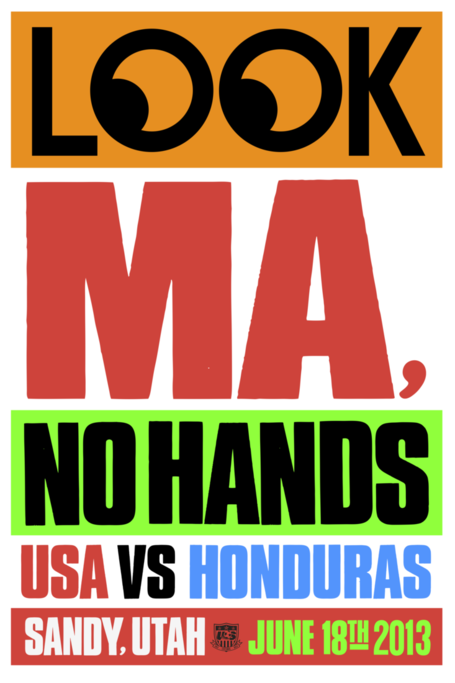 There's nothing wrong with a civic campaign becoming pop art. The I Love New York series began as a 1977 tourism campaign, referring to the entire state not just the city. There's even a song. Don't Mess with Texas has also sold a lot of t-shirts, and it began as an anti-litering campaign.

Still, Nashville got country music posters, Seattle got grunge rock posters, and Salt Lake City got a "look both ways before crossing the street poster". Which even then would be forgivable if it weren't entirely a play on one of the most trite criticisms of soccer rolled out every time an NFL beat writer wants to put down the sports very existence.