David Beckham's retirement has caused reflection from the LA Galaxy and longtime sponsor adidas. These statements paint a picture of just how important he was to LA Galaxy, MLS, and adidas. His legacy with soccer in the United States is seen in the great second act of MLS' history.

The announcement this morning by David Beckham of his retirement from football has brought about much reminiscing on his career in the sport. Growing up in East London the son of Manchester United fans, Beckham did his first official stint with Tottenham Hotspur's school of excellence. Alex Fergueson got wind of this kid, and at 14 signed him to a Youth Training Scheme. He'd make his debut for the Red Devils two years later as a seventeen year old. He's now considered the wealthiest footballer in the world.

LA Galaxy's Bruce Arena was brought in two years to the Grant Wahl named Beckham experiment to right the ship after the club had gone through two head coaches. His statement on Beckham's retiring: "Today is a day to celebrate David Beckham and the completion of his fabulous career. In addition to being such a great player, David is also a great personality, a great teammate, a great friend and family man. He is a person that you cannot replace, on the field or off and our club is in a better position for having him play for us in the six years that he did."

The large part of Beckham's wealth, as with any athlete, comes from sponsorships. Adidas was a huge part of that, and released this statement on Beckham's retirement: "For us at adidas, David was one our most celebrated icons and has been one of the faces of this brand since 1996, playing a fundamental role in our work on football, the London Olympic Games, training and Style business, to name just a few."

That long standing relationship with adidas, and the subsequent relationship between adidas and MLS, is part of how LA Galaxy were able to land David Beckham. Bruce Arena was a large part of the club's ability to turn things around and make the DP rule (also known as the Beckham rule) a success in MLS.

As he retires, his legacy with MLS may still have another chapter, with Beckham's option to purchase part of an MLS club. If he does it will be fitting, as Beckham's player legacy will be raising the profile of MLS worldwide and bringing with him a new perspective on soccer in the United States. 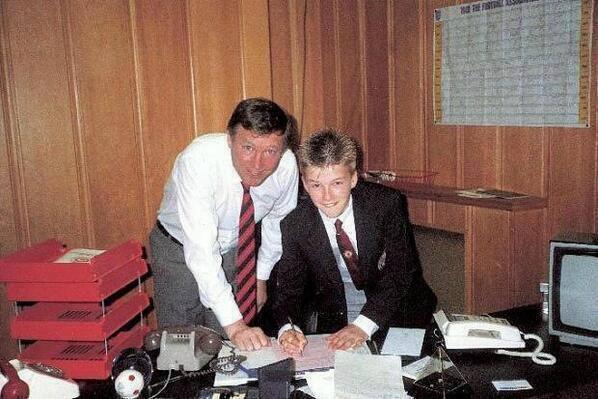