Last night, Landon Donovan and Marcelo Sarvas had the biggest imapct on a match where the LA Galaxy had little working on offense. The Galaxy only managed one high percentage shot attempt on the night, and while Robbie Keane's shots the hit the woodwork were unlucky, they were still misses.

Last night, Landon Donovan and Marcelo Sarvas had the biggest imapct on a match where the LA Galaxy had little working on offense. The Galaxy only managed one high percentage shot attempt on the night, and while Robbie Keane's shots the hit the woodwork were unlucky, they were still misses.

Let's take a look at the Galaxy scoring attempts last night, the first half on the left and the second half on the right. 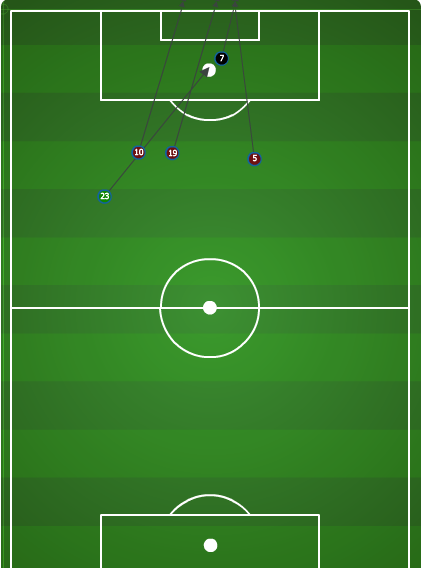 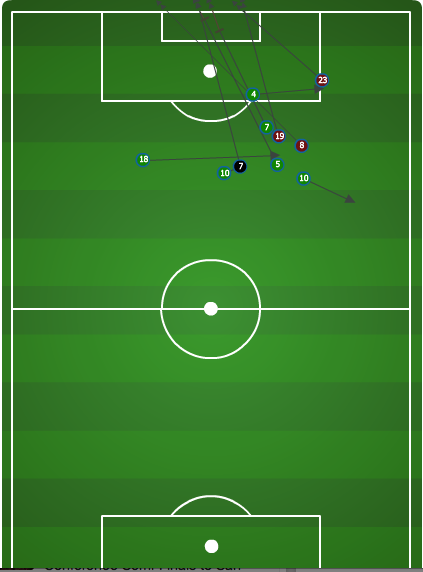 In the first half, San Jose came out at the Galaxy hard forcing LA to play defensive and attack on the counter. The best scoring chance was the David Beckham chip on a free kick that Robbie Keane got a head on only to have it hit the side post.

Outside of that moment, all the shot attempts (all misses) came from outside the box. The Galaxy looked afraid to push too far forward because San Jose were going to push hard the other way if they lost possession.

There were more shot attempts in the second half, but they still came from outside the box. Robbie Keane's attempt that hit the corner of the woodwork (layoff by Landon Donovan) stands out in black. Juninho, Sarvas, Sean Franklin, and David Beckham all took rips.

"I’m liking that side of the cross bar at the moment," said Robbie Keane. "It’s one of those things, I thought it was in, but it wasn’t to be so nevermind."

Things don't look any more high percentage on the San Jose shot chart, with just one attempt from inside the box and that attempt came from a throw in near the midway line. Everything else San Jose did was at least thirty yards away from goal.

This speaks to just how well the central defenders played for both clubs, specifically Omar Gonzalez and Victor Bernardez who finished with ten and fifteen clearances respectively, and Gonzalez with ten recoveries. Placing the focus here, both clubs played for the second leg; not wanting to push too hard in the first.

It's no surprise then that the Match Impact Ratings are pretty poor for the Galaxy. It's less about who did something good and more about who didn't impact things negatively. Landon Donovan finished top with 19.75, and Marcelo Sarvas was right behind him with 19.25. Midway between there and nothing finds David Beckham at 11.5, Robbie Keane at 10.5, and Juninho at 9.75. Mike Magee had an awful time of it, finishing with -.75. Edson Buddle didn't factor.

Expect things on the return leg to be more exciting offensively. Both clubs will know they can't settle for one in five chance shots and need to get into the fifty-fifty range. Going for pass attempts as a striker inside the penalty area simply won't cut it.