In contrast to the siege warfare the Galaxy experienced against Vancouver, this match should be an open pitch with salvos coming fast and furious.

Looking ahead to the LA Galaxy's first leg matchup with the San Jose Earthquakes, it's time to see what to expect from the match using Opta Chalkboards. In contrast to the siege warfare the Galaxy experienced against Vancouver, this match should be an open pitch with salvos coming fast and furious.

We'll start with a battle that Armchair Analyst Matt Doyle brought to our attention, the battle between Omar Gonzalez and Steven Lenhart. 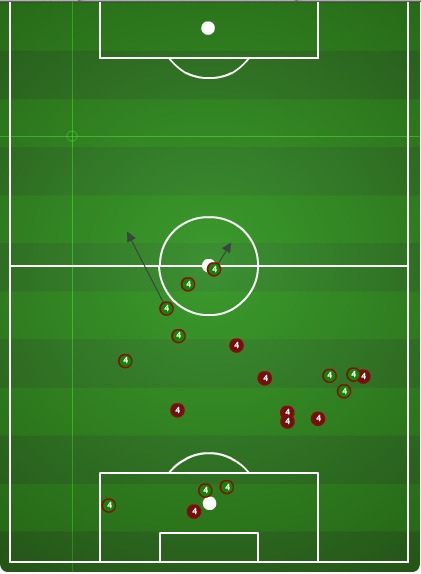 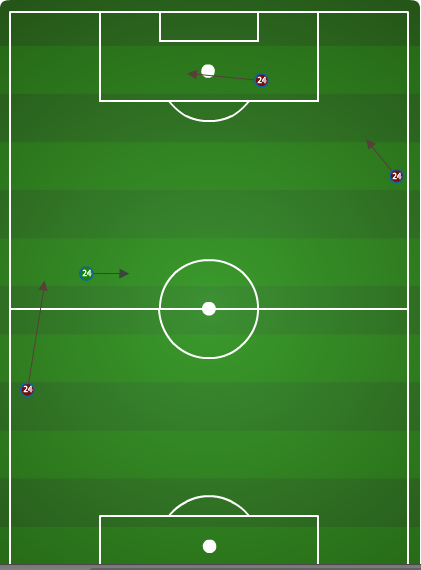 What you see on the left are Omar Gonzalez' 17 successful headers (and two clearances with his foot). To the right are the headers that Steven Lenhart won. You can see that Lenhart was only successful once in the middle of the pitch, and that was in the third minute.

According to Matt Doyle, twelve times in the first half Gonzalez and Lenhart went up for a header together, and Gonzalez won all of them. Not surprising, as Gonzalez has a good four inches on Lenhart. In the second half, Lenhart drifted further back and out wide so he didn't have to directly challenge Gonzalez anymore. He only went after a 50/50 ball against Gonzalez once, and it was the play where he embellished contact and got a foul called that led to San Jose's equalizer.

On Thursday, Bruce Arena chose to start Hector Jimenez in place of the injured Sean Frankin. Franklin is currently listed as questionable with left hamstring tightness. It'll be interesting to see, if Franklin can't go on Sunday, if Arena goes with Bryan Gaul for his height out on the wing. 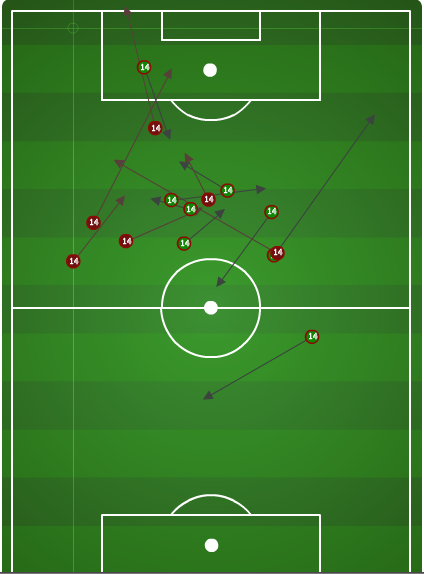 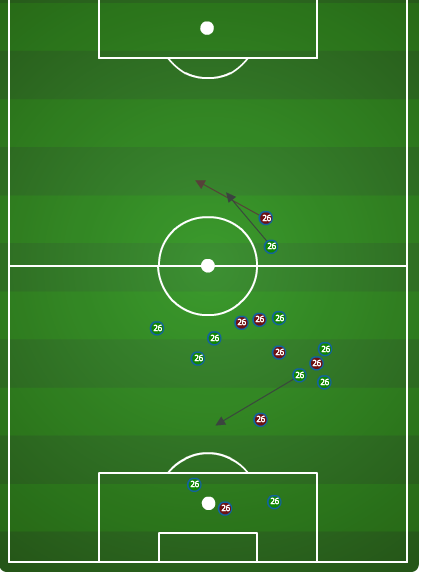 Almost a dead even battle between Buddle and Victor Bernardez. We're looking at 28 long ball opportunities, with the headers split 50/50 between Buddle and Bernardez. Still, Robbie Keane and Chris Wondolowski finished with the same amount of shot attempts. As did Buddle and Lenhart. For all the possession the Galaxy were able to keep and all the possession San Jose gave away, offensively it all shook out about the same.

Not too surprising considering that the match ended in a 2-2 draw, but it is surprising when you look at the battles on the pitch. The Galaxy will have Landon Donovan and David Beckham this time around, so if they can control the match the way they did last time in the first half a goal should come of it.

Before we go, let's look at how these battles turned into key passes for both clubs; passes that led to shot attempts and goals. 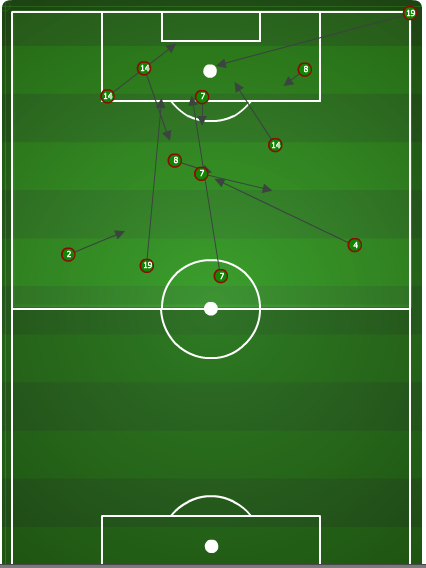 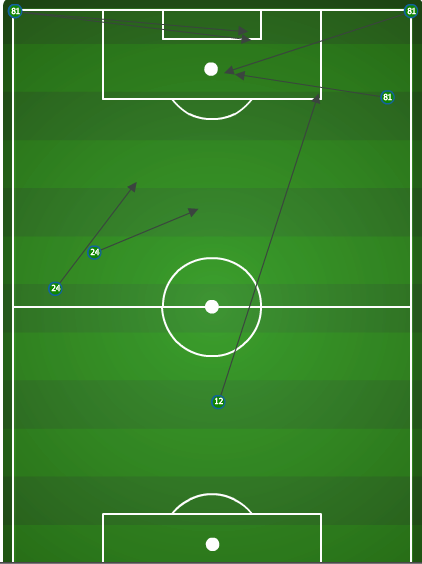 Two things are clear right off the bat. This isn't Vancouver, the Galaxy are going to be able to get inside the box and still have options. Looking at San Jose, their shot attempts came from long balls. The Quakes are more looking to rely on their strikers getting on the end of things and finishing, it isn't a possession heavy offense like the Galaxy have.

San Jose are going to let the Galaxy play their possession heavy game, and take all the chances they want. This is because they know how they want to play, and aren't so much concerned with adjusting to what their opponent wants to do. They'll keep sending long balls toward Wondolowski expect him to figure it out and put one in the back of the net.

So the task is simple then; stop Wondolowski and win the match. It's just, y'know, not that easy.