Mike Magee has biggest impact on Galaxy's victory over Whitecaps

In a match where the LA Galaxy had far more attempts than successful attempts, Mike Magee stood out from the pack with the best Match Impact Rating.

Share All sharing options for: Mike Magee has biggest impact on Galaxy's victory over Whitecaps

In a match where the LA Galaxy had far more attempts than successful attempts, Mike Magee stood out from the pack with the best Match Impact Rating. His equalizing goal certainly thrilled the fans in attendance, a release from the torture they had been under for a solid hour. 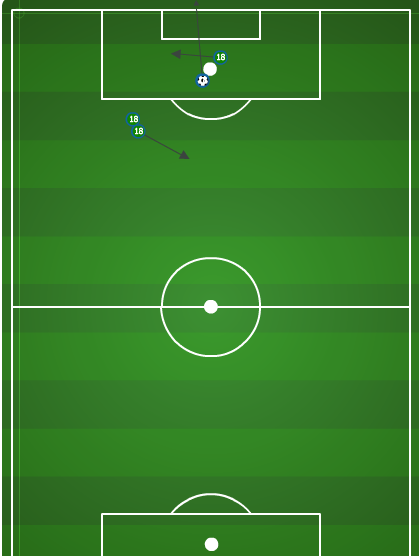 There's Magee's Opta Chalkboard of beneficial offensive events. There's the goal there in the penalty box, as well as two passes that led to shot attempts. Also working in Magee's favor is that foul earned just outside the box that led to Beckham's shot on goal. That attempt was headed into the back of the net, it took a brilliant save to keep it out.
Magee said that before his goal, he was thinking "...don’t do what I did on the one before," Magee said, "put it in the 20th row. My eyes got big."

Magee finished with a 48.8 in Match Impact Rating just above the Galaxy's other goal scorer, Landon Donovan. Donovan finished with an MIR of 46.25, earning the foul that resulted in the penalty then chipping the ball in the back of the net to put the Galaxy ahead.

"I think patience was the key tonight," Donovan said. "Certainly not the way we wanted to start the game. Kind of one play broke us down and then we were behind the eight-ball, but our determination was good. We kept putting them under pressure and we kind of just got the sense that if we were patient, and kept going, that they were going to wear out and sure enough, in the second half they started opening up a little, they couldn’t keep defending the way they did in the first half and we were finally able to pick them apart a little bit."

Donovan and Magee scored the goals, but Juninho and David Beckham were also key in breaking down the Vancouver defense. Juninho finished with an MIR of 32.5 and Beckham finished at 30.5. The two of them accounted for three shots on target (all outside the box), and of course were instrumental in ball movement. Beckham got the second assist on Magee's goal, taking the short corner that Juninho chipped in to Mike Magee.

"It’s what Mike does," Beckham said, "he gets into positions. He’s a clever player, you know, he’s a really intelligent player. We were putting a lot of goals in the six-yard box and I saw Juni [Juninho] for the short corner and obviously [Juni] put it in a position just under the penalty spot and Mike was there."

The midfield had a solid match, but the Vancouver defense took it's toll on the Galaxy forwards. Robbie Keane finished with an MIR of 10, the packed Whitecap defense resulting in half of Keane's shots being blocked and the concession of two fouls. Edson Buddle managed a shot on target, but also conceded two fouls for a Match Impact rating of 0.