LA looked better last night than they did the last time against Vancouver. The difference was this time Vancouver had a young player in an unfamiliar position to exploit inside the first five minutes.

The immediate reaction to the LA Galaxy's victory over Vancouver Whitecaps FC last night is that the 'Caps were overly negative, bunkered in, and that frustrated the Galaxy who can't play like that against San Jose lest they get run over. However, looking at the Opta Chalkboards, it's clear the Galaxy actually did better against Vancouver this time around than they did the last time out. 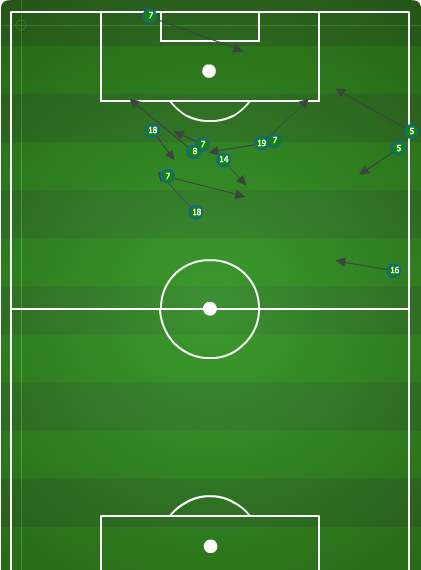 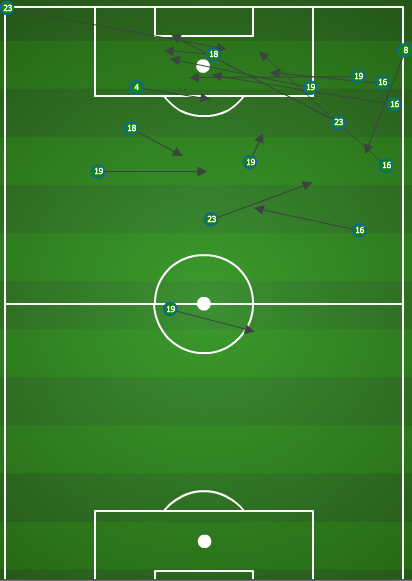 The pitch on the left is the previous match, and on the right is last night. Note the biggest difference is all those arrows pointing into the box. Beckham, Juninho, and Magee all sent a number of balls into the box that led to scoring opportunities and Juninho even got an assist that way on the short corner.

Bruce Arena also deserves credit for a tactical change, bring in Marcelo Sarvas and going with just three defenders in the second half. The extra attacker went a long way toward getting the Galaxy finally over that hump and into the back of the net.

"That game for the most part," said Bruce Arena, "Vancouver was playing with one or two forwards up high, we didn't need to be playing with four defenders. Throwing in another player, and then a player of Marcelo's quality, I though would help us and I think it did."

Why keep going over the top into a box which often contained 6-8 defenders? Because the middle was so clogged, coupled with the fact that Edson Buddle was proving ineffective in his role there in the middle. All those effective passes into the box led to an abundance of tries (23 in total), but less than a third of them were on target. 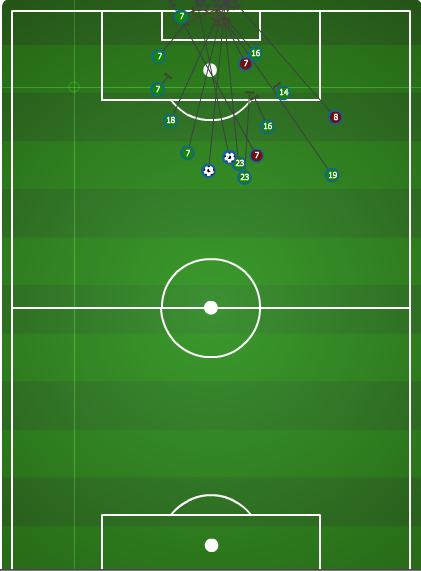 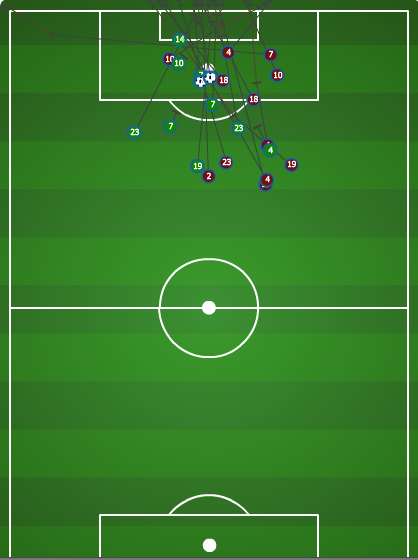 All but one of those attempts (not counting the penalty) were directly assisted, and you can count the arrows from the map directly above to see where they came from. All long crosses from the right. The Galaxy were willing to bet that eventually a ball would fall on the feet of one of their forwards. It would have worked, too, if Buddle had a better match or if Keane had been able to get on target.

Make no mistake, the Galaxy executed their game plan last night despite Vancouver playing so many men behind the ball. It took patience, and a substitution for an extra offensive man, but eventually they were able to breach the Vancouver goal.

LA looked better last night than they did the last time against Vancouver. The difference was this time Vancouver had a young player in an unfamiliar position to exploit inside the first five minutes. That made Galaxy fans sweat it out, but the execution from the Galaxy was much better.

It's only going to continue to get better with Sean Franklin coming back on Sunday. With Christian Wilhelmsson coming back as well, it's an embarrassment of riches for LA at the midfield position. It's going to be quite a series, and we should all be looking forward to it.