Tonight at LA Live, the Los Angeles Galaxy will be unveiling their third jersey. The early scuttlebutt was that the shirt was going to be a color called Punjab. The Adidas referee jerseys that look black, those are Punjab, which is actually a dark grey.

The scuttlebutt was all but confirmed when the LA Galaxy twitter feed desaturated its logo to black and white earlier this week. This leaves the only real speculation left over whether or not there will be gold on the new kit. It won't be the first time the Galaxy have worn a black shirt, the 1998 version of the Galaxy had a black shirt. Up until the 2007 redesign, black was a secondary color for the Galaxy, featured on the teal kits as well as the forest green, and the gold kits which are still worn around Home Depot Center.

There was some hope that the Galaxy would go with a gold alternate shirt, since gold is actually a part of their current color scheme. Since this kit is made by Adidas and not Nike, it's fair to speculate that they're trying to emulate the Mexican national team here and not the US Women's team. At the Rose Bowl last Saturday, Black Chicharito jerseys were almost as popular as the Green Mexico shirts.

So what do you think? Is charcoal grey a good look for the Galaxy? Does it tie in with Galaxy history? How of do you think we'll see the greys, considering we barely see the Blues now?

I for one was ecstatic when the Galaxy wore their blues at home earlier this year. I'm curious how this effects the kit evolving in the future.

update: unveiling photos after the jump 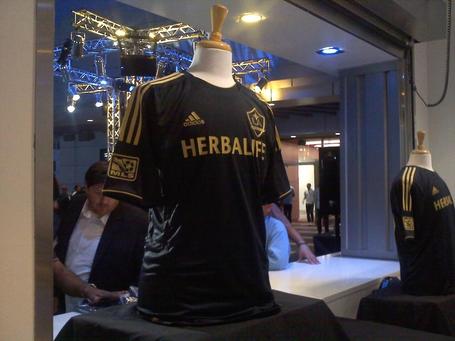 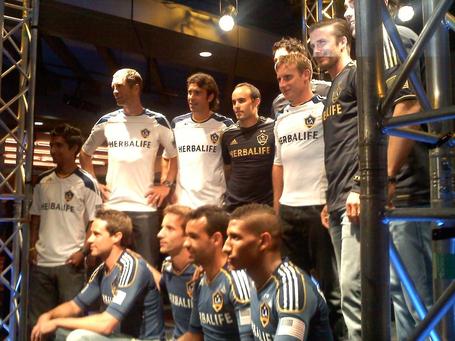 Photos thanks to Kayla! 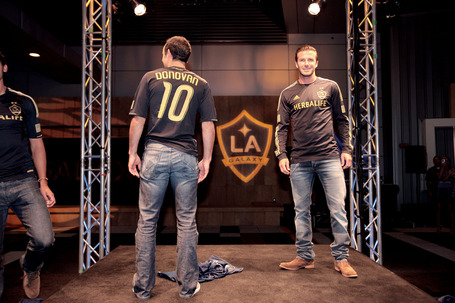 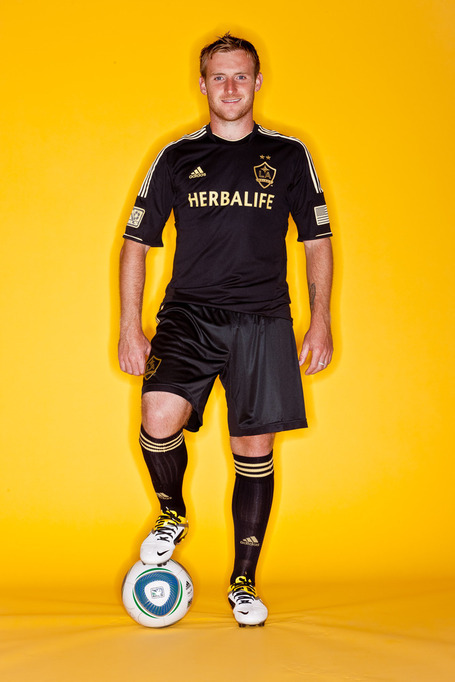